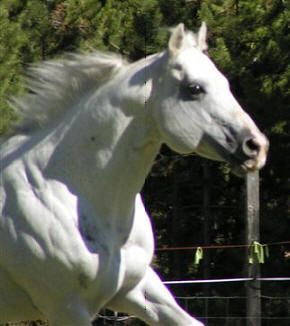 Our 2018 colt, THIS JUDGE RULES was conceived only two months prior to Judge's death. Surely, he is one of the last foals conceived with cooled semen.  We tried for 4 years to get our JC baby.  For various reasons, but no fault of Judge's, it didn't work.  We praised the Lord and celebrated when our little guy was born!  He is such a blessing!

Judge's owner Scott Johnson of Cross Country Ranch in La Pine, Oregon, was an angel to work with.  We can't thank her enough for all she did for us to get our Siggy.

Judge's legacy will carry on for generations through his offspring.  He is a Legend and will never be forgotten.  Judge Cash was inducted into the Future Fortunes Legends program in 2018.